Birkenhop is coming to Make Hamilton! 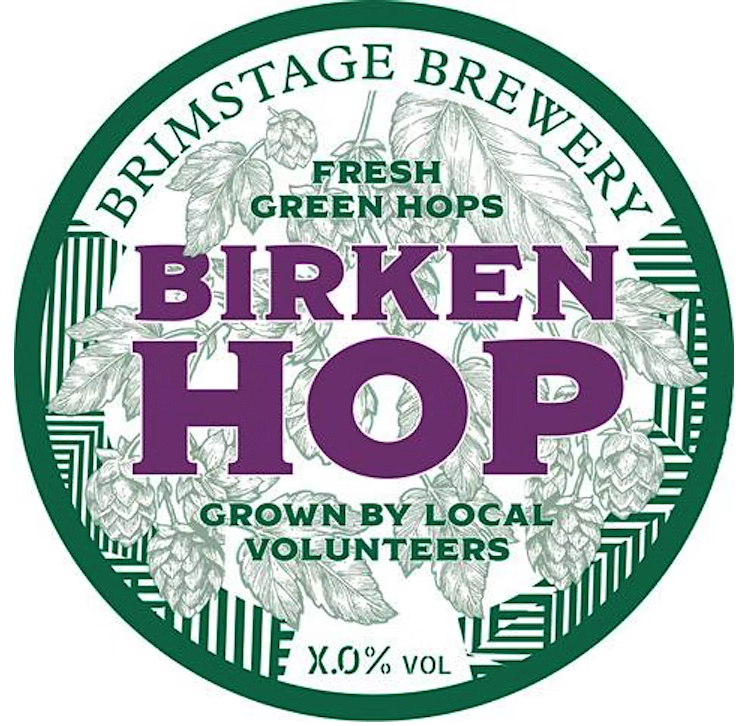 Wirral-based BRIMSTAGE BREWERY has released a NEW BEER WITH HOPS GROWN LOCALLY and all profits going to local community gardens, including Make Hamilton!

Birkenhop is Brimstage Brewery’s newest beer made in collaboration with charity THE CALLISTER TRUST and social enterprise Make CIC, whose volunteers grew their own hops and wanted to see what a beer made with them tasted like.

“A green hop beer is one that’s made with freshly picked hops, rather than dried ones, and as they were grown in Birkenhead, the name Birkenhop was born,” explained Brimstage’s Head Brewer Adam Williams. “We picked a malt recipe along the lines of our best selling real ales and packed as much of the volunteers’ hops in as possible to create a fresh, traditional English bitter.”

The collaboration came from the volunteers themselves. “While Merseyside might not be known for its hop growing, we wanted a project that would take advantage of our gardens and we could have something at the end that would raise money,” said Rosie Ashton, Make’s Head of Programme. “We got hold of some Prima Donna (First Gold) hop rhizomes to plant, contacted Brimstage about making a beer with them and watched the hops flourish.”

Make’s space in Hamilton Square, Birkenhead has a large garden that gets lots of sun, so was a prime spot for growing the hops.

Volunteers at The Callister Trust also grew hops in the half-acre Callister Garden itself in Birkenhead as well as at home in their own gardens. “We all really enjoyed seeing the hops evolve, tending to them, making sure they were well watered and got lots of sunlight,” said Jane Ward, Project Leader, volunteer. “Then we had a great day picking them and most exciting of all, putting them into the brew.

“We’ve been going around the local pubs tasting the beer and can’t wait to have it in bottles. We’re hoping to use the profits on the construction of an eco-friendly pavilion to enable the use of Callister Garden all year round.”

The 3.9% ale is available at eight pubs now and will be in bottles available on brimstagebrewery.com and from Make Hamilton Square at the start of November 2022.

Join Make CIC for a launch event in Hamilton Square on Weds 23 November, funded by the Liverpool Food Growers Network.

Free tickets are available at:
HTTPS://WWW.EVENTBRITE.CO.UK/E/BIRKENHOP-COMMUNITY-BEER-LAUNCH-TICKETS-431865400037

Bottle pre ordering: There will be a limited amount of “early bird” cases available for collection in Mid November from Make Hamilton Square. To pre order a case (12 bottles) for £30 please contact rosie.ashton@makecic.org

A limited amount of casks have been sent out to a few local pubs including: Hop, Bromborough; White Lion, West Kirby; Irby Mill; Gallaghers, Birkenhead; The Refreshment Rooms, Rock Ferry and The Bow-Legged Beagle in Upton, Bromborough and New Brighton.

Bottles will be available from www.brimstagebrewery.com in late October/early November and at Make Hamilton Square (details above).

More info on Brimstage Brewery, Make, and The Callister Trust

Brimstage Brewery was established in the village of Brimstage in Wirral, Merseyside in 2006 and produces real ales and bottled beers for pubs, bars and shops around Wirral, Liverpool, Cheshire and North Wales. It’s flagship beer, a 3.8% pale ale called Trapper’s Hat, has been a finalist for Champion Beer of Britain three times. It employs seven people including  Head Brewer, Adam Williams, who can be contacted on 07944667289 or adam@brimstagebrewery.com if you fancy a chat. For more details on the brewery itself see www.brimstagebrewery.com or call us on 0151 342 1181.

Make CIC is a purpose driven, socially trading organisation, with the mission to help people turn our passions into prosperity. We do this principally by providing community workspaces in Wirral, Liverpool and Knowsley.

Our space in Wirral’s Grade 1 listed Hamilton Square, Make Hamilton, is a creative community hub and makerspace with flexible workspace, a café and a meeting space, and – at the heart of it all – a community garden.

Birkenhop profits will be used to continue to develop the community garden and café at Make Hamilton. By offering complimentary garden drop-in sessions and composting workshops plus a range of affordable educational programmes to the local community, we aim to remove barriers to people joining the economy by making things themselves, or starting their own business and becoming self-sufficient. Get in touch or more info – rosie.ashton@makecic.org

The Callister Trust was established in 1925 by a Birkenhead businessman Edward Fletcher Callister who had lost both his wife and his daughter to the influenza pandemic three years earlier. The welfare of girls and young women was at the heart of the charity and remains a focus of activities in the half acre garden owned by the Trust – the Callister Garden in Slatey Road, Birkenhead where volunteers have worked tirelessly over the past four years after well over a decade of neglect.

Fundraising events and development projects are part of the countdown to the centenary of the charity. The most ambitious of these is the construction of an eco-friendly pavilion to enable the use of the garden all year round.

Birkenhop is one of these development projects where profits from the sales will further their Centenary Project. 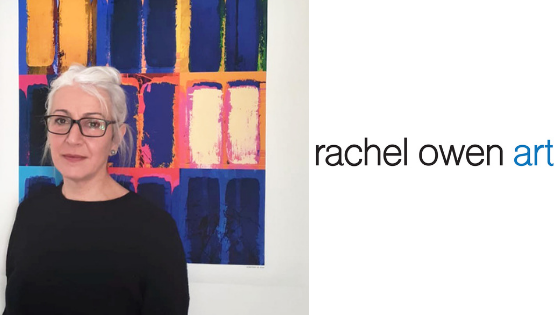 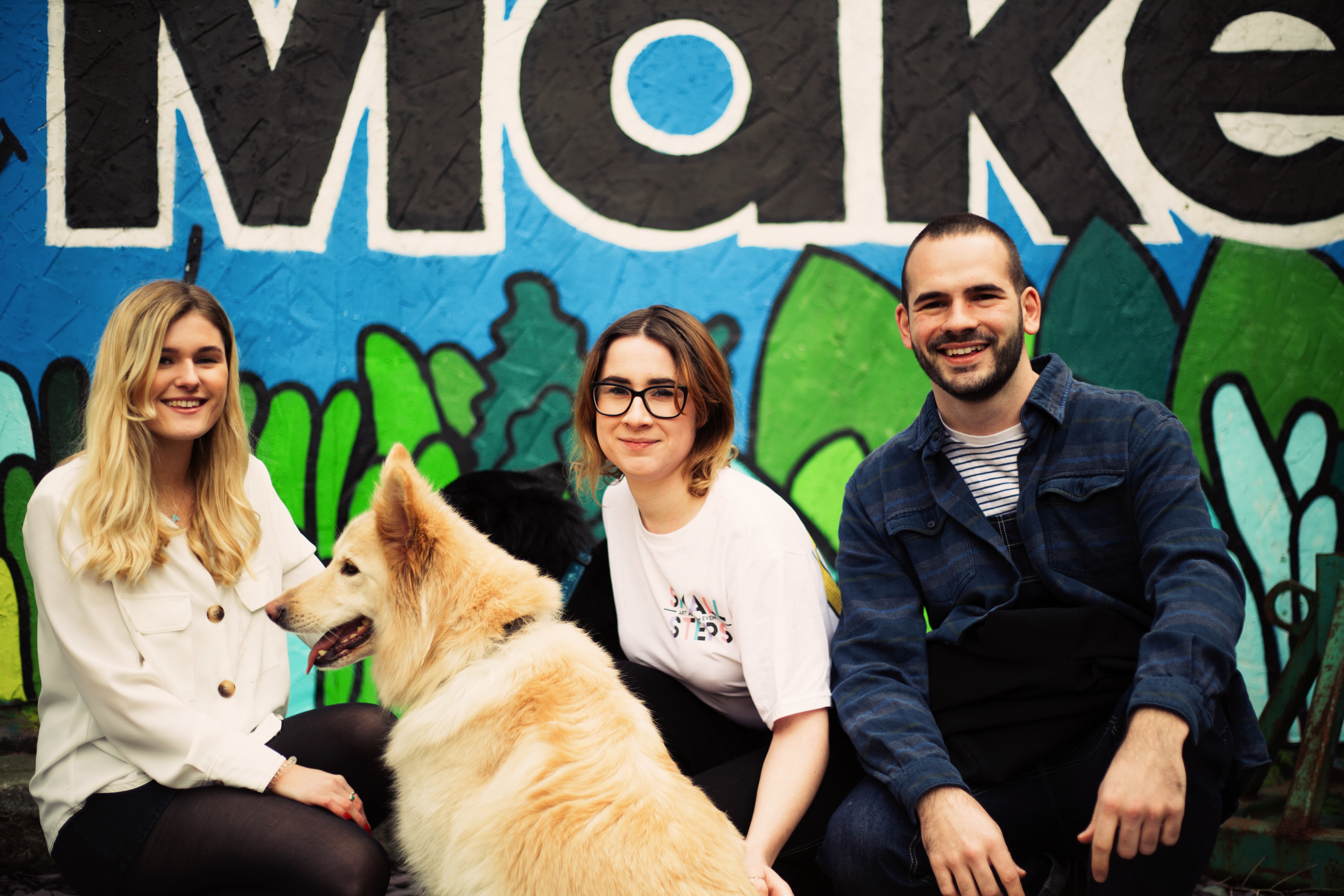